The TTB reduces the regulatory burden on small brewers. 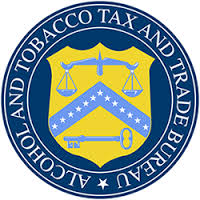 The TTB published a final rule entitled “Small Brewers Bond Reduction and Requirements to File Tax Returns, Remit Tax Payments and Submit Reports Quarterly” on September 30, 2014.  Despite the unwieldy title of the rule, it is intended to simplify the regulatory requirements for small brewers and the TTB and does so.  “Small brewers” are defined by the TTB as those which produce less than 7,200 barrels.  This definition captures a huge number of breweries.

The TTB’s rule institutes a flat $1,000 penal sum for the brewer’s bond for these small brewers if their excise tax liability is expected to be less than $50,000 in a given calendar year and who were liable for no more than $50,000 in such taxes during the preceding calendar year.  The rule also allows these small brewers to move from monthly reports on operations and taxes to a quarterly report. The goal of this rule change is to reduce administrative costs for small brewers and create greater efficiency for TTB.

The new rules will become effective on January 1, 2015 ti give small brewers time to adjust to quarterly filing and reporting. For more information, the TTB press release can be found here and the final rule can be found here.